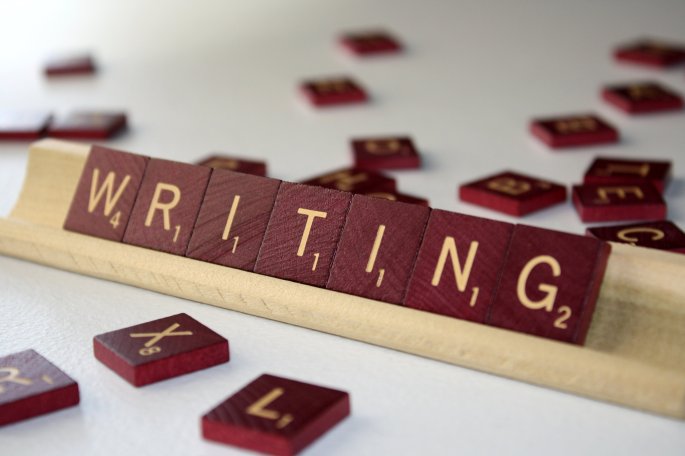 I know there are a lot of people out there writing books and a lot of people submitting said books at the moment. I know or have met people who now have stunning commercial success, writers who are agented but yet to have their first book sold, those who work with the small presses and who are not agented, those who are what we might call a hybrid (I am thinking this is likely to be me) – by which I mean agented but also finding publication routes on their own, perhaps with a small press, those who are disconsolate because everything is a flat rejection or they have received no answer at all and those – including recent MA in Creative Writing students – who are, for various reasons, too scared to submit at all. That’s just for starters.

It might come quickly; it could take years. I do think the key thing is not to take rejection personally (while accepting that, maybe, you need to write a different book if nobody at all is biting); also, if you are floored by rejection and delay and disappointment, then this might not be for you. And that, OF COURSE, is fine. Because there is a life beyond writing.

Here’s where I am. I started writing a book, Killing Hapless Ally, a novel, which originally began life as a memoir, in July of 2014; by the 1st of May, 2015 it had a publisher and it was published in March 2016 by the small press, Patrician. I only sent this manuscript to five agents; two rejected it, three didn’t reply at all. I read an article about the press in ‘Mslexia’ magazine and I liked the sound of it, corresponded with its charismatic founder and there we go. I was, I should add, realistic about how visible the book would be, but I have relished the experience and, ever since, the bonds I have made with its readers. Is it a bestseller? Good God no, but it has been important to its readers and the engagement I have had with them has been life changing. With Patrician, to whom I now feel rather bonded, I also published a poem in Anthology of Refugees and Peacemakers (just back from an event at Essex Book Festival on that) and will be co-editor of next year’s anthology, My Europe and editor of its Tempest, which is a book, by various authors, on (Trump) America. And my poetry has been published by the brilliant indie Emma Press, too.

Way leads on to way.

Meanwhile, I spread my wings and wrote another book, a novella, The Life of Almost. I began sending this out before Christmas 2016. I’m a quick worker, apparently. Two agent rejections (one the day I sent it!), three small press rejections (but read on for that and for more on agents), waiting on two further presses and an agent so still out on submissions. BUT during this process, another agent had read a section from Killing Hapless Ally and admired my writing; said agent asked me to send what I was currently working on (as in, The Life of Almost) in partial then in full; told me they thought I was a brilliant writer but that this book was not, though they admired much about it, for them. To their taste, for example, it needed more pace. But I had also told them about my plans for the next book (I actually have four more books sketched out: is that crazy sounding?) and the agent asked me to send them the full manuscript for that as soon as it was ready because they absolutely loved its concept. This was my third text, Passerines.

Meanwhile, one of the other agents told me (having read three chapters of Almost) about how they loved my writing style. That there was much to like; it was innovative and compelling but in the end the book was not right for them. Keep sending! And of the three small presses who rejected me, one said that though they would not be taking this one, they were confident it would be placed and would I send them future work? The other told me there was some lovely writing and they were impressed, but that this text was simply too innovative for them and, on that basis, they would simply not be able to shift enough copies to make it financially viable. I do know that the small presses – whom I adore and champion, by the way – are often those who DO champion the innovative book, but clearly that is not always the case.

So you see, there’s a lot of encouragement in that pile, just as there is a lot of rejection. The rejection is part of the experience and of the learning.

I have almost finished my third novel. So that’s three books – from the first word, I mean – in three years and this is not my day job. I run a a company, teach, have three young boys and I’m a volunteer and mental health advocate, too.  I don’t have a great deal of time so I’ve got to want to do this.

Do you? Take your time and don’t give up.

I may not have hit a super stellar advance just yet and obviously I may never, but I am playing a long game. May those who find later books go back and read my first, for example. We are three years in and I have met so many fascinating people, read hundreds of books – I read a great deal anyway, but I am so much more alive to different presses and sources of reading; it has been such an adventure. I’ve made a film about mental health, presented at a literary festival, had a packed book launch at a wonderful bookshop, spoken to, had dinner with, corresponded with, interviewed and had my work read by – it is happening now – writers whom I admire. I’ve also published poetry and articles and guest blogged. To boot, I think I am a better teacher because I am a better reader and writer and what is more I am able to share my work with students. Right now, I am commissioning those in years 10-13 to write for the two anthologies I have mentioned and, through my company, I felt inspired to set up a year-long bursary so that I could help someone who had had – this is the icing on the cake for me – long term mental health problems (as I have had myself) to evolve and complete a creative writing project.

So that’s where I am now. In the peculiar position of having one book out on subs and another being waited for and…without giving too much away…being discussed. At the weekend I had an offer of publication for my second book, but I am taking my time.

And now I have to make the tea because the kids keep coming in and rooting through the cupboards. Not having the time forces me to write when and as I can and I mull at other times, which I also regard as working. If you wait for your perfect writing environment or space or time, it may never happen. So why not write something tonight and get started – even if it’s just a paragraph?

Do tell me about your experience and about how you are getting on.

The Life of Almost (TBA!) and Passerines (ditto)

This is by the journalist, author and broadcaster, Wersha Bharadwa. She has been a wonderful source of encouragement to me and this section of her article on friendship – authors reflecting thereon – is reproduced here with her kind permission. Wersha: thank you. xxxx 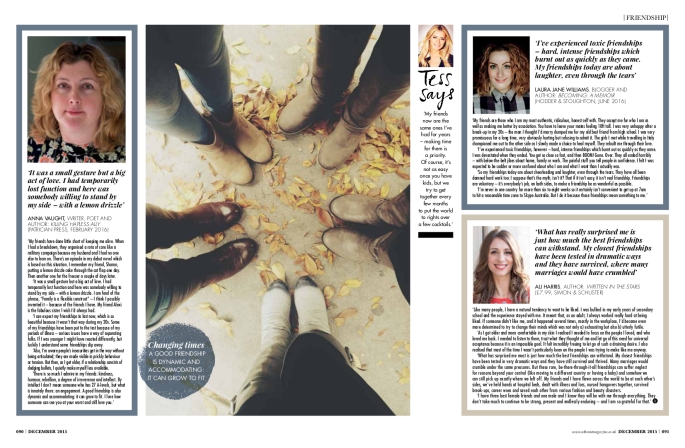