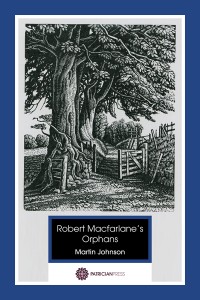 Now that Killing Hapless Ally has gone to press and awaits its first reviews, I am doing various media bits and pieces to promote the book. Well, not only to promote the book, because I do have a passionate and campaigning interest in mental health and in mental health provision and so, with the exception of (fingers crossed) a piece on my correspondence with Catherine Camus, daughter of Albert, that is a book link up I shall make the most of. I have been asked to make a short film about managing anxiety and will tell you more about that later. Soooo…I am working on The Next One, the working title of which is A Life of Almost and, for practice and for joy, I thought I would enter some short story prizes.

Here’s something that caught my eye last year; I thought it was a wonderful idea: a short story on the theme of food.

This morning I am working on an entry for this competition. Wish me luck! Last year I wrote a piece called ‘A Tale of Tripe’ (didn’t win but up we get – competition is stiff indeed). Anyone, previously published or unpublished can enter and the winning entry will be featured in the Oxford Literary Festival.

Then…tonight I start on the next of two short stories, but still mulling over which one to think about first. Here’s the BBC/Booktrust competition, which has just opened. You do need to have a history of publication to enter this, but it need not be in fiction.

Then there’s this – which has a chosen theme: ‘Ageing’.

This competition ends pretty soon (15th February; the other two are March) but I have already plotted it out…..

PS. The image I have set for this post is the gorgeous cover of Martin Johnson’s new title for Patrician Press, Robert Macfarlane’s Orphans which launches on the 24th of February at Emmanuel College, Cambridge, (where Robert Macfarlane is an English fellow). Martin’s book of poems draws on the beautiful, rich and important  prose of Robert Macfarlane, who has written so evocatively on landscape, place, travel and nature – just as Edward Thomas  in his prose works did with the poems of his friend, Robert Frost. I look forward to buying this book. Here’s an article about the friendship between Thomas (of whom I am a huge fan) and Frost while I’m at it…http://www.theguardian.com/books/2011/jul/29/robert-frost-edward-thomas-poetry